Drift King: The History Of Drifting

Drifting, according to Wikipedia, is defined as: “A driving technique where the driver intentionally oversteers, with loss of traction in the rear wheels or tires, while maintaining control and driving the car through the entirety of a corner.”

But that doesn’t account for the history, the emotion, the feeling that drifting inspires in all us car enthusiasts.

Let’s trace drifting to its roots and back to find out why we love it so much. 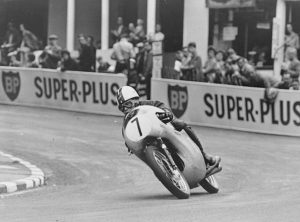 If one man can be credited with inventing the drift it’s Kunimitsu Takahashi.

And he started on two wheels, not four. Shocker!

Takahashi was a pro-racer of legendary status. Riding for Honda, he was the first Japanese motorcycle racer to win a Grand Prix in 1961, with three more wins over the next few years.

But after a devastating crash in the Isle of Man TT, he switched to racing cars. And that’s why we’re here.

Takashi was a force to be reckoned with on four wheels and the world took notice in the 1977 Japanese Grand Prix. His special way of rounding corners blew everyone’s minds and brought him multiple wins. It also inspired a legion of illegal street racers which is where it really took off. 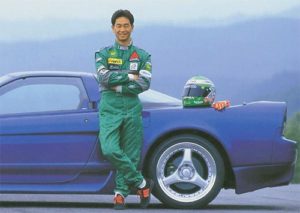 Takahashi may have created the drift, but Keiichi Tsuchiya took it to another level.

Illegally tearing down the winding mountain roads of Japan in the dead of night from point A to point B, Tsuchiya and his trusty 1986 Toyota Sprinter were setting records of a less official kind. This is where the ‘Dorikin’ aka ‘Drift King’ was born.

Tsuchiya leveled up from the streets to the track quickly. He officially emerged in the 1977 Fuji Freshman race before moving up to the All Japan Touring Car Championship. Although he continued to dominate in official racing events for decades, the streets continued to call to him.

Even while competing in sanctioned events, Tsuchiya returned to the world of “hashiriya” aka illegal street racing, even documenting this in the short film ‘Pluspy’. This caught up to him eventually and his racing license was suspended, although not for long.

His official credibility and street cred made him a hero to many on both sides. By 1989 Tsuchiya himself co-created Video Option Ikaten, the first officially sanctioned drifting event (although Carboy had them beat with the first event in 1986).

In 2001 the first D1 Grand Prix was held in Fukushima, bringing the whole sport full circle.

1990s and Beyond: Westward Expansion 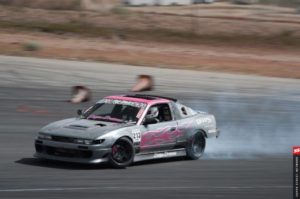 It was only a matter of time before this badass sport spread to other lands.

Video Option hosted one of the first drift events outside of Japan in Willow Springs, California in 1996. In 2003, the D1 Grand Prix made its way overseas too.

Drifting got the Hollywood treatment in 2006 with The Fast and Furious: Tokyo Drift. A cult classic to be sure inspiring a whole new generation of racing fans.

"Life's simple: You make choices and you don't look back."

Drifting has come a long way since Kunimitsu Takahashi’s day, but it keeps on winning records, inspiring drivers around the world, and blowing our minds one corner at a time.

And long after you’ve worn down all your tire tread practicing like Tsuchiya, Tire Stickers will still be kicking.

Our Permanent Raised Rubber Tire Stickers are the most durable decals on the market. Designed for the most demanding conditions (like winding Japanese roads at night) and made to last the lifetime of your tire.